The workshop is open for dancers with the background in contemporary dance. Max. number of participants 20.

The workshop will begin with a contemporary dance warm-up. After that, the choreographer will discuss the working methods used to create his previous works, which involve contemporary circus, performance and contemporary dance techniques. Participants will be invited to creatively explore these methods, both with improvisation and by composing new dance sequences through a game to get out of the ones’ daily comfort zone, redefining ones’ own bodies and ones’ own space.
This program is supported by Pro Helvetia Cairo.

Central to the ethos of our Festival is providing opportunities for members of the wider community to participate in dance. We believe using our bodies, voices or in-animating objects to express is an essential part of the human experience. 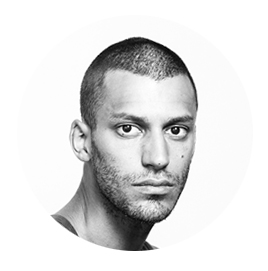 Born in 1990, Marc graduated in 2012 with a Bachelor’s degree in movement theater at the Accademia Teatro Dimitri, and then spent six months in China practicing martial arts intensively.

Through his regular practice of parkour (free-running), martial arts and circus acrobatics, Marc begins to take a close interest in the study of movement in general and dance in particular.

For two years, he worked as a comedian while continuing to train as an autodidact. In 2014, he joined La Manufacture (Lausanne), and was part of the first batch of Bachelor students in Contemporary Dance. In 2016, Marc produced his first solo Take Care of Yourself. In 2017, he created Palette (s) with Cédric Gagneur. In 2018, Marc founded Cie Moost to continue his creation of bringing dance, theater and contemporary circus together.